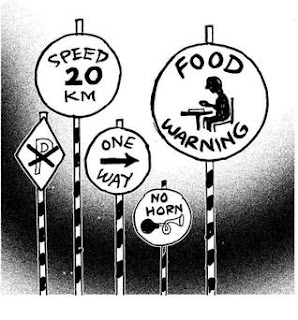 Organising a food festival can hardly be described as an act promoting hatred between students or communities.
The controversy over the Beef Festival recently organised on the campus of Osmania University in Hyderabad and the threat of professors being investigated by the police for “instigating” the organisers needs to be understood in the context of the larger politics of food and policing of food practices.

Across the country, different communities in different regions have widely varying food habits. It is also well known that food is closely linked to ideas of the sacred and the profane — and must vary along the scale of social diversity. The dense nesting of beliefs related to food extends from what vegetables may be consumed, whether meat may be consumed or not, which kinds of meats are food and which not, which kinds of meat are deemed vegetarian, and whether animal products come within the definition of meat or not.

Ideas about food also extend to who can eat together; within a family, who consumes which parts of an animal's body; what is the sequence in which people in a family eat, depending on gender, generation and social status; whether vice chancellors, judges and peons can partake of the same feast at the same time — or in earlier times or even today in more self declaredly caste ridden locales whether the “chuhri” can even dare to ask for fresh cooked food from “chowdhriji” — to recall Omprakash Valmiki's Joothan. And further in the caste context, who must not be sighted by a Brahmin man while he is in the vulnerable state of ingesting food — the shudra, a menstruating woman, pigs, dogs — all to be equally banished from sight.
Because food is surrounded by thick religiosity, there are days and times of the year and cycles in a month or in a reproductive lifetime when certain foods are proscribed and others mandatory. There are also rigid rules around the slaughter of animals and the preparation of meat for consumption — meat consumers do not eat all meats and do not eat the same meat at any place. The acceptance of meat as food is determined by whether the slaughter of the animal has been appropriate. And there are castes who were condemned to eat only carrion, not animals freshly slaughtered for consumption. There are communities in Andhra that share the hunt with the tiger — they believe the tiger leaves enough of its prey for its human kin — with a delicate balance in mutual food security in the deep forests. When religions proscribe the killing of animals, communities of believers who live in hostile and difficult mountainous terrain may drive a herd off a cliff and strip and dry the meat to meet a year's supply of meat. Even with people and communities that eat meat, there are places and times when meat may be eaten — and these vary widely as well. While a religious occasion for some may be marked by the abstinence from meat, for others it is marked by the sacrifice of an animal, its ceremonial preparation and its distribution in a prescribed manner among kin.

Ideas of purity, danger, potency, malevolence, uncleanness, tastes (not individual but social) and aesthetics thickly overlay our attitude to food. Faint hearted but brahmanical consumers of meat can swoon or get terribly sick at the sight of a butcher at work, or the sight of “unclean” parts of the animal body — entrails, head, hooves and so on. The same could be the case with lovers of fish when they see a beach overlaid with dry, pungent fish or the baskets of fish vendors on the train on their way to the market. Similarly too, it is not uncommon to find strong negative reactions to snake gourd, bitter gourd, and several other vegetables, not to speak of cooking oils from vegetarians. There are of course caste hierarchies in vegetables and oils too.
Its life giving and life sustaining quality also makes food the medium through which faith is expressed, through sharing on particular auspicious, festive occasions. Whom food is shared with and how is determined by status and social location ranging from “poor feeding” to mutual exchanges of festive food. There is then the renunciation of certain foods as acts of faith (temporarily or permanently) or as an acknowledgement of loss and mourning. It is not uncommon to hear of people giving up their favourite food on the death of a loved one. And of course giving up food is a way of renouncing life itself.

There are also histories of food habits that show that they change over time: the beef eating Vedic brahmin is a well known example.
Among the meats that are consumed in India are chicken, goat, fish and other aquatic creatures, frog, dog, pork, monkey, beef, buffalo, a variety of insects, field rats, deer, a range of birds, some reptiles and many, many more. Across this entire range of food, there are some we might love and relish, and others we might recoil at the mention of. What we relish and what we find unthinkable depends on religion, caste, tribe, and social location, after which individual taste plays a role. The diversity in food habits is part of the plurality of cultures and the right to consume, accept and share food, privately and in festivity, is part of cultural expression.
To the extent that culture is a matter of politics, food becomes the mobilising point for politics. The ubiquitous blessed food that believers partake in at places of worship now gets distributed in street-corners to believers and non-believers alike in every neighbourhood. This is part of an aggressive proclamation of religiosity demanding acceptance as an act of faith from all — often spreading tension that has the police in full force out on the streets for days.
We have sizeable communities in India who eat beef and pork — and these are the two meats on the Indian subcontinent that are used to stoke collective emotions in ways that present polarised stereotypes. Yet we know that the realities of beef and pork consumption defy these stereotypes. There is, however, a distinction between the two: beef is traditionally consumed not just by non-Hindus but by subaltern castes as well, a reality that is denied by the dominant castes.

In this context, if there is a hegemonic cultural formation across or within a religious group that proscribes or stigmatises the consumption of certain kinds of foods, a central part of resistance and of cultural assertion is to share that food publicly. Acquiescing to one proscription will pave the way for another, and the intolerance to diversity in food habits and through food to plural cultures will spiral upwards.
The choice of whether or not to partake of the feast is one an individual makes. In the recent beef festival organised on the campus of Osmania University, there were no reports of any coercion or force-feeding of beef to unwilling people. The people who were there went because they wanted to be there and were people for whom beef was not taboo. The argument on the need to take action against spreading hatred can scarcely be sustained. Even more irrelevant is the suggestion that professors were instigating students — it was a gathering of consenting, free thinking adults.

The organising of a food festival is not a matter for courts to interfere with or order an investigation into. There are more pressing matters related to life and liberty that wait endlessly to get a hearing.